“I put ALOT of Sweat, Blood & Tears into the University of Tennessee . . . & I’m disappointed they are removing the “Lady” in “The Lady Vols”. IT IS WHAT WE STAND FOR. It is a Brand that we have worked VERY HARD to adequately represent for many years. A tremendous amount of women have gone through various athletic programs, defending the name way before I got to UT, and continue to do so today. I’m happy women’s basketball was able to maintain the name, but it’s not just about ONE Team. We Are A Family. #LadyVol4Life”

She represented Team USA at the 2011 World University Games in China and is currently playing professionally.  Following her tenure at Tennessee, Glory was selected as the 4th overall 2012 WNBA Draft pick by the Tulsa Shock.  In her 2013 and 2014 seasons she was named to the Western Conference All-Star Team. 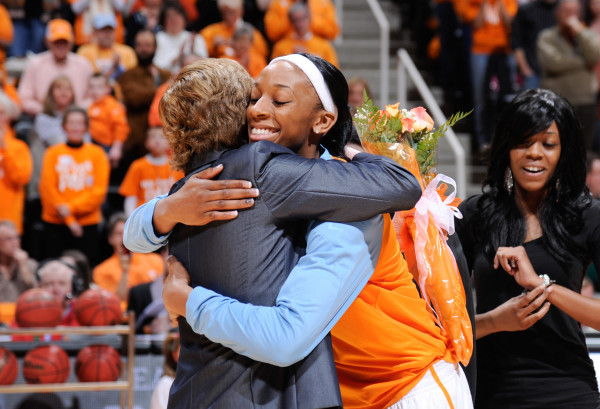 Thank you, Glory, for allowing us to borrow this quote from your instagram page, @missvol25